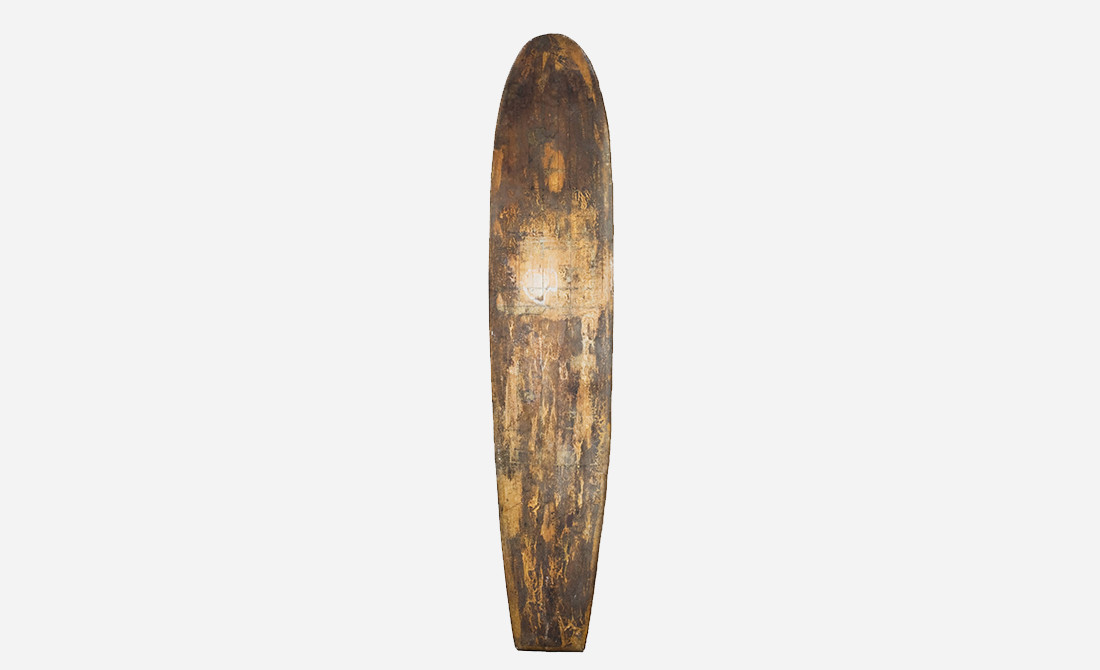 Bob Simmons is one of surfing’s greatest post-World War II innovators and is hailed today as the sport’s first true design genius. Born in Pasadena, California, Simmons first took to the waves as a means to rehabilitate his arm following a serious injury sustained in a biking accident. He attended the California Institute of Technology and worked as a mathematician for Douglas Aircraft. He soon learned to apply these skills to surfboard design while working with Gard Chapin, an early surfboard shaper. Simmons’ innovations include light, balsa-only boards, the use of resin-saturated fiberglass, Styrofoam/balsa “sandwich boards,” double-finned boards, split-rail “slot” designs, and (as seen here) “spoon nose” boards. The spoon board features a wide, round, upturned nose, which prevents “pearling,” or digging into the water. Simmons constructed this board from scraps of balsa wood harvested from war surplus lifeboats. This board also features a shallow fin, which has been shaved down for wall-hanging by a previous owner. The fine (or “skeg”) was just gaining popularity in the mid-1940s having been invented by Tom Blake a decade earlier. Simmons, a bit of an eccentric who lived in his car, tragically drowned in a surf accident in 1954.