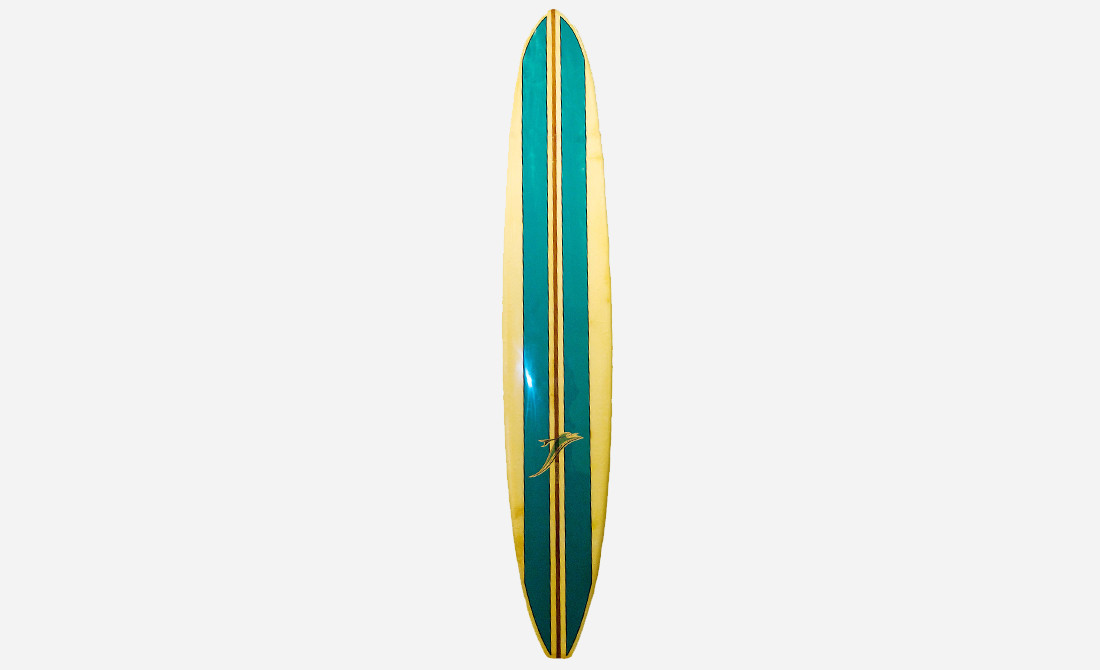 John Kelly, the Hawaii-based surfer, surfboard shaper, and environmental activist, made two innovative contributions to surfboard design. The first was the hot curl board, which Kelly crafted in 1937 to ride Oahu’s monster waves. The second came in 1962 when Kelly designed an experimental gun (i.e. big-wave surfboard) with a split-level bottom, dropped rails (sides), and a slightly raised tail section. Called the Hydroplane, Kelly sought to combine the speed of a longboard with the maneuverability of a shortboard. Ultimately, the design did not catch on with big-wave surfers and the production of Hydroplane surfboards, such as this example by Inter-Island Surf Shop, quickly tapered off.

THE UGLY by CON SURFBOARDS
Previous