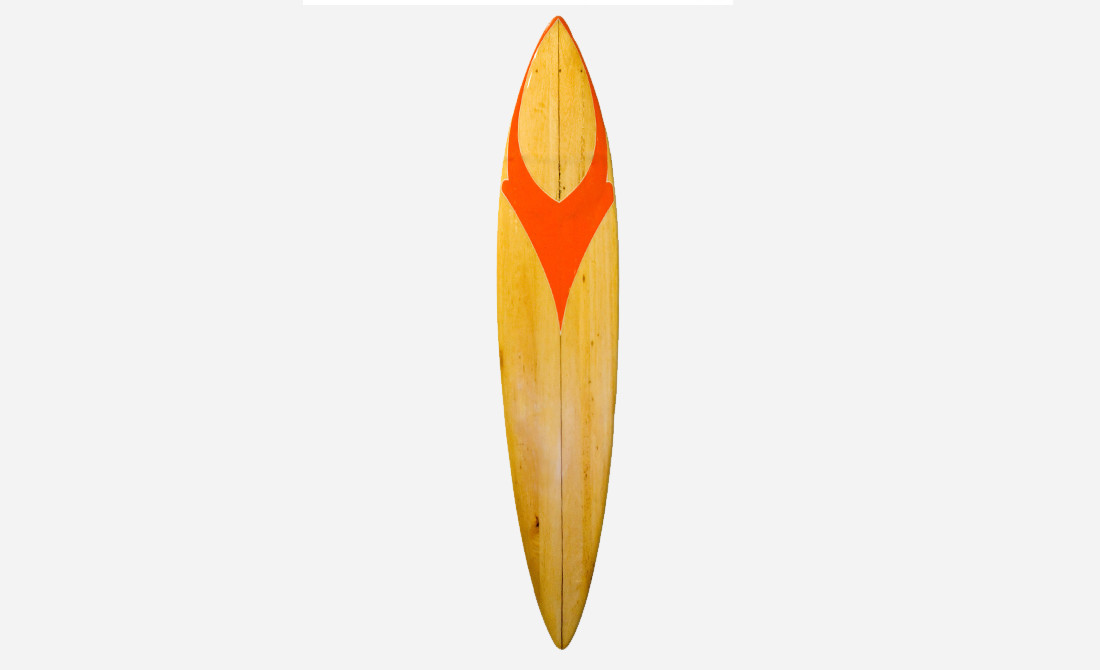 JoJo Perrin was a local Malibu surfer and board-shaper who gained attention for his surprising performance at the 1964 Malibu Invitational Surfing Contest when he was just 14 years old. He was a member of Dewey Weber’s first-rate surf team, which also included David Nuuhiwa, Joey Hamasaki, Jackie Baxter, Mike Tabeling, and Nat Young. Perrin shaped a lot of experimental boards in Malibu during the transitional period from longboards to shortboards in the late 1960s. This balsa board may have been cut down from an older Pacific System Homes-type board (note the three dowels across the top). This board also illustrates Perrin’s artistic talent, which he applied to decorating his surfboards, often with mystical images and symbols.