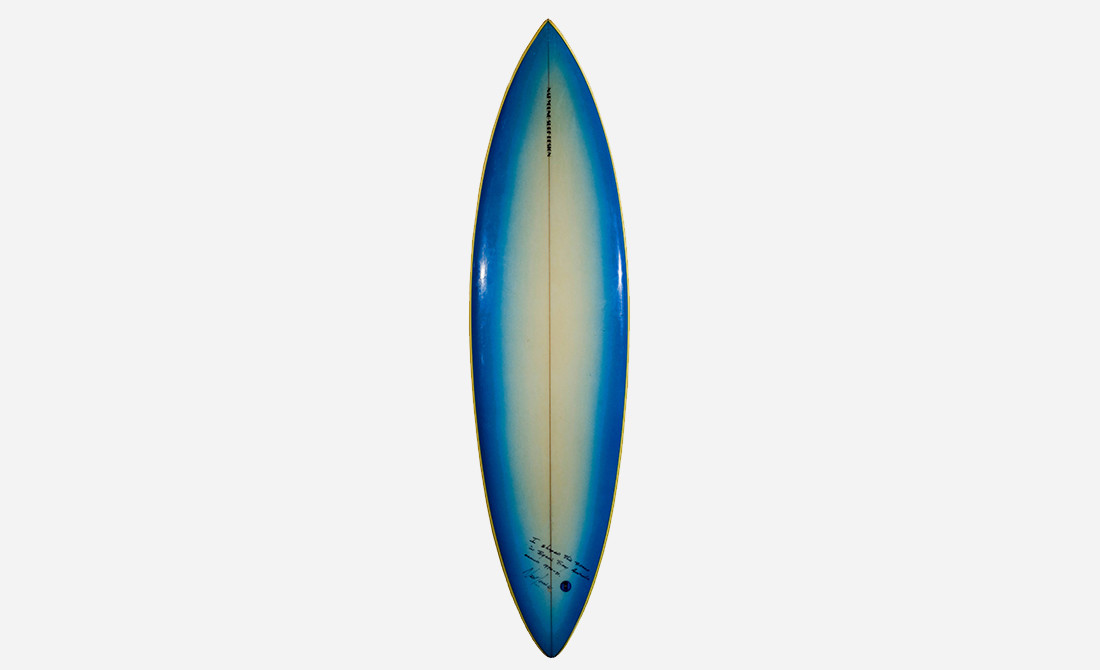 This single-fin shortboard belonged to world champion and legendary Australian surfer Nat Young. In 1970, the shortboard revolution was at its peak, and shorter, lighter, high-performance boards such as this were very popular. Young encouraged an active style of riding closer to the curl that he called “involved” surfing. Recognized as one of surfing’s greatest, Young won the World Surfing Championships in 1966, the Smirnoff Pro-Am in 1970, and the Longboard World Championships in 1986, 1988, 1989 and 1990, among other accolades. He is also the author of numerous books on surfing and its history. Young’s autograph is visible on the board’s deck with an inscription reading, “I shaped this board in Byron Bay, Australia, around 1970 – 71.”