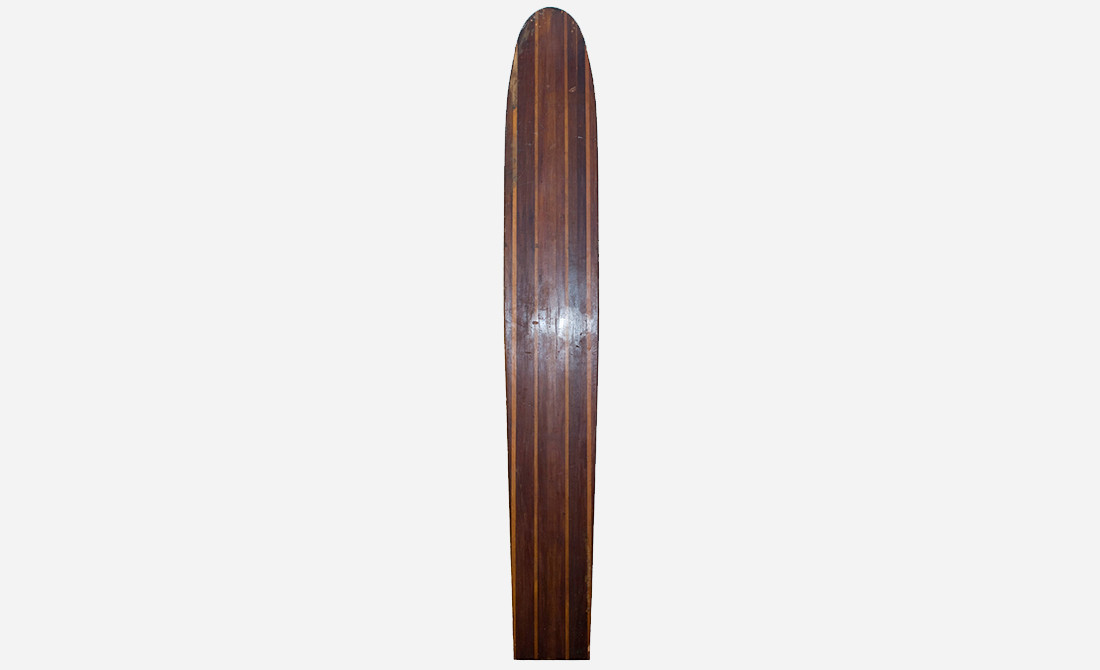 In order to make plank-style surfboards lighter, a different wood—in this case spruce—was laminated with the solid redwood to make the blank, or surfboard core. The initial Waikiki plank surfboards averaged between 6 and 8 feet in length. Around 1910, surfing legend Duke Kahanamoku introduced a ten-foot plank surfboard that would dominate the surf for the next fifteen plus years. During this period, plank boards averaged 10 to 12 feet in length with a thickness ranging from 1 ½ to 3 ½ inches. The templates remained similar to those of the ancient Hawaiian alaia surfboards, which were typically thin with a rounded nose and square tail. Plank surfing was essentially limited to riding straight for shore, although skilled surfers could angle across the wave face or perform stunts, such as headstands or backward riding.