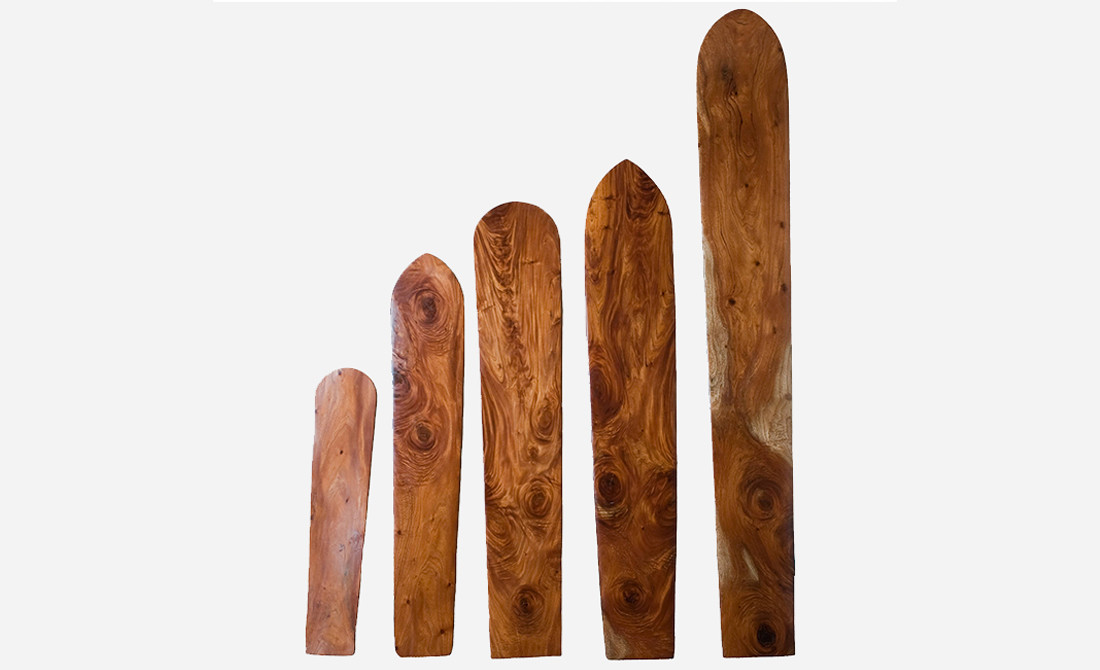 These are modern replicas of five alaia boards, which were finless, thin, solid-wood plank boards used by commoners and royalty alike in pre-20th century Hawaii. While the true birthplace of surfing is not known, the surfboard as it exists today traces its roots to ancient Hawaiian boards such as these. “Surf riding was one of the favorite Hawaiian sports, in which chiefs, men, women, and youth took a lively interest,” wrote Thomas G. Thrum in his 1896 “Hawaiian Almanac and Annual” adding, “Much valuable time was spent by them in this practice throughout the day.” Thrum also noted a thanks-giving ritual in which a red fish called kumu was buried among the roots of a tree selected and felled to make the boards. The most common was koa wood, followed by breadfruit and wiliwili. The craftsmanship of these boards suggests a deep understanding of wave mechanics among early Hawaiians. Alaia boards ranged from 6 to 12 feet, and the smaller board here might more properly be called a paipo, the small board ancestor to today’s bodyboard. A third type of ancient Hawaiian board, not pictured here, was the olo, a thick, narrow surfboard measuring up to 17 feet long thought to be exclusive to Hawaiian royalty. Made of Chinese cedar, these replicas were commissioned by John Mazza based on original boards in Honolulu’s Bishop Museum.