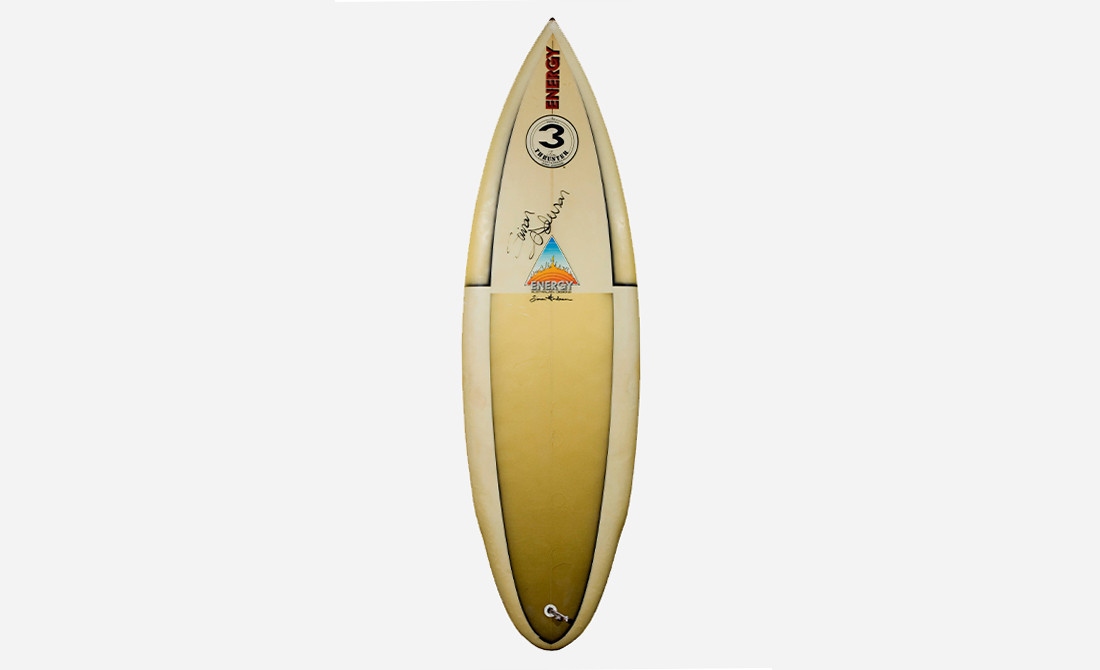 In 1981, Australian surfer and board shaper Simon Anderson designed the tri-fin Thruster, a shortboard with a three-fin system that gave riders more drive and maneuverability. The model, never patented, was immediately popular and was subsequently copied by board designers around the world. The tri-fin configuration allowed a wider “squashtail” outline, which improved speed, while the fin configuration increased traction. Within two years, the tri-fin design had essentially replaced the single- and twin-fin designs that preceded it on all shortboards, big-wave boards, and many longboards. Tri-fin design remains the standard for today’s surfboards. Produced by his own Energy Surfboards label, this “Original 3 Fin Thruster” is autographed by Anderson.