SWASTIKA BOARD by PACIFIC SYSTEM HOMES 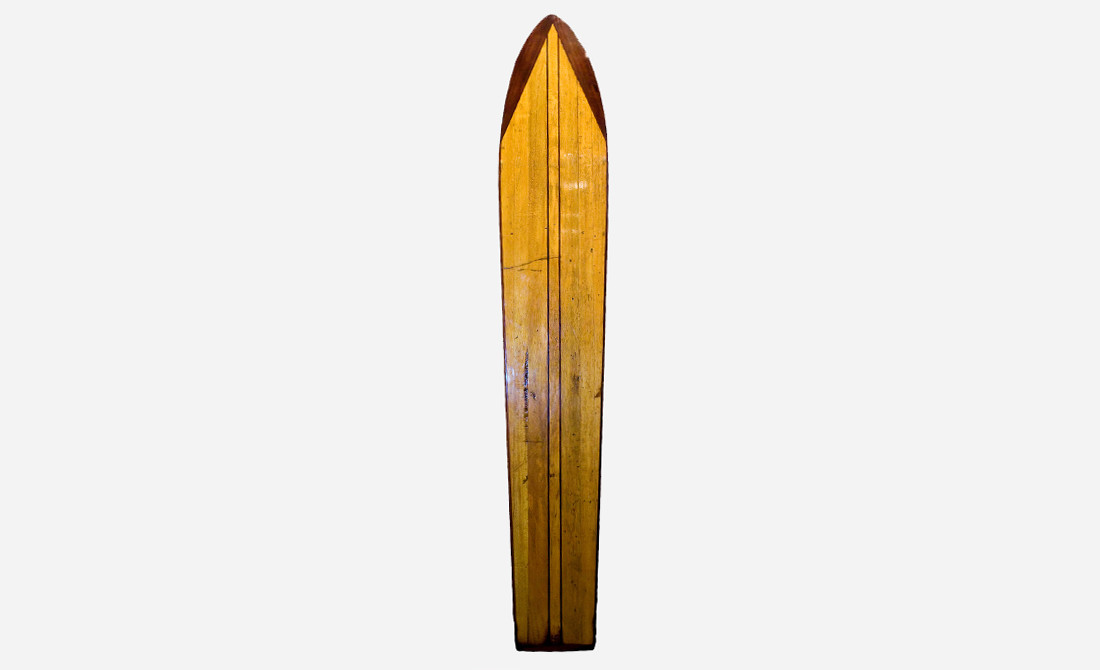 Pacific System(s) Homes was an early 20th century Los Angeles-based construction company that specialized in prefabricated houses. Meyers Butte, son of the owner, became hooked on surfing during a trip to Hawaii in the 1920s, and convinced his father to build a Pacific System Homes surfboard to market to local surfers. In the early 1930s, Pacific System Homes introduced the Swastika model surfboard, the first commercially produced surfboard line, so-named for the swastika design that marked each board. Although a symbol of harmony and good luck in various cultures around the world, the swastika disappeared from Pacific System Homes surfboards with the rise of Nazi Germany, and the company changed the name to Waikiki Surf-Boards in 1938. Pacific System Homes innovated the use of multi-wood laminates to lighten the board. This board is redwood-edged balsa held together by recently invented waterproof glues. The small swastika design is visible at the base of the tail.