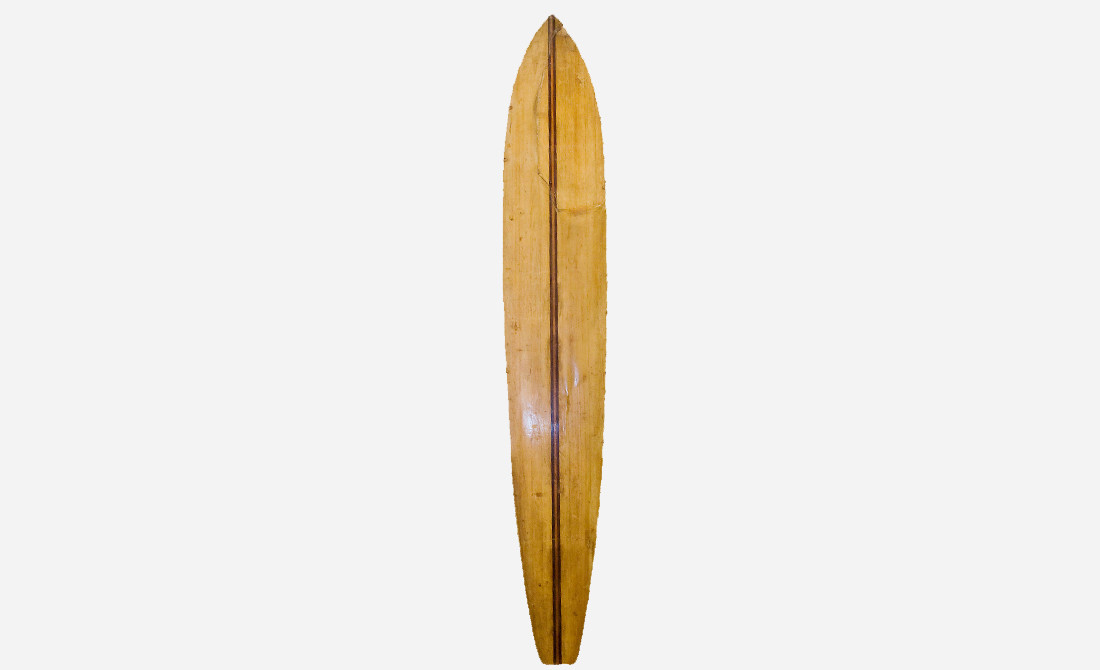 This board was shaped by Woody Brown, who also used it to surf Hawaii’s famous Makaha surf break, the birthplace of big-wave surfing. Brown, an early and daring big-wave rider, is well remembered for surviving the monster waves that swallowed Dickie Cross alive at North Shore in 1943. In addition to building surfboards, Brown was also a glider enthusiast and is credited with designing the modern catamaran. Due to its light weight, balsa became a popular core material for surfboards during the 1940s and 1950s.

DR. ANK - The RetroStyle from Eggs to Longboard
Previous